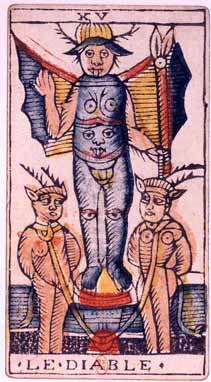 On this 15th day of the year 2020, I was drawn to the devil card – the fifteenth Major Arcana card of most Tarot decks. Above are images from the Tarot of Marseilles and the Rider-Waite tarot decks. The Rider-Waite version appears to be based on Eliphas Levi’s Baphomet in Dogme et Riguel de la Haute Magie, 1856: 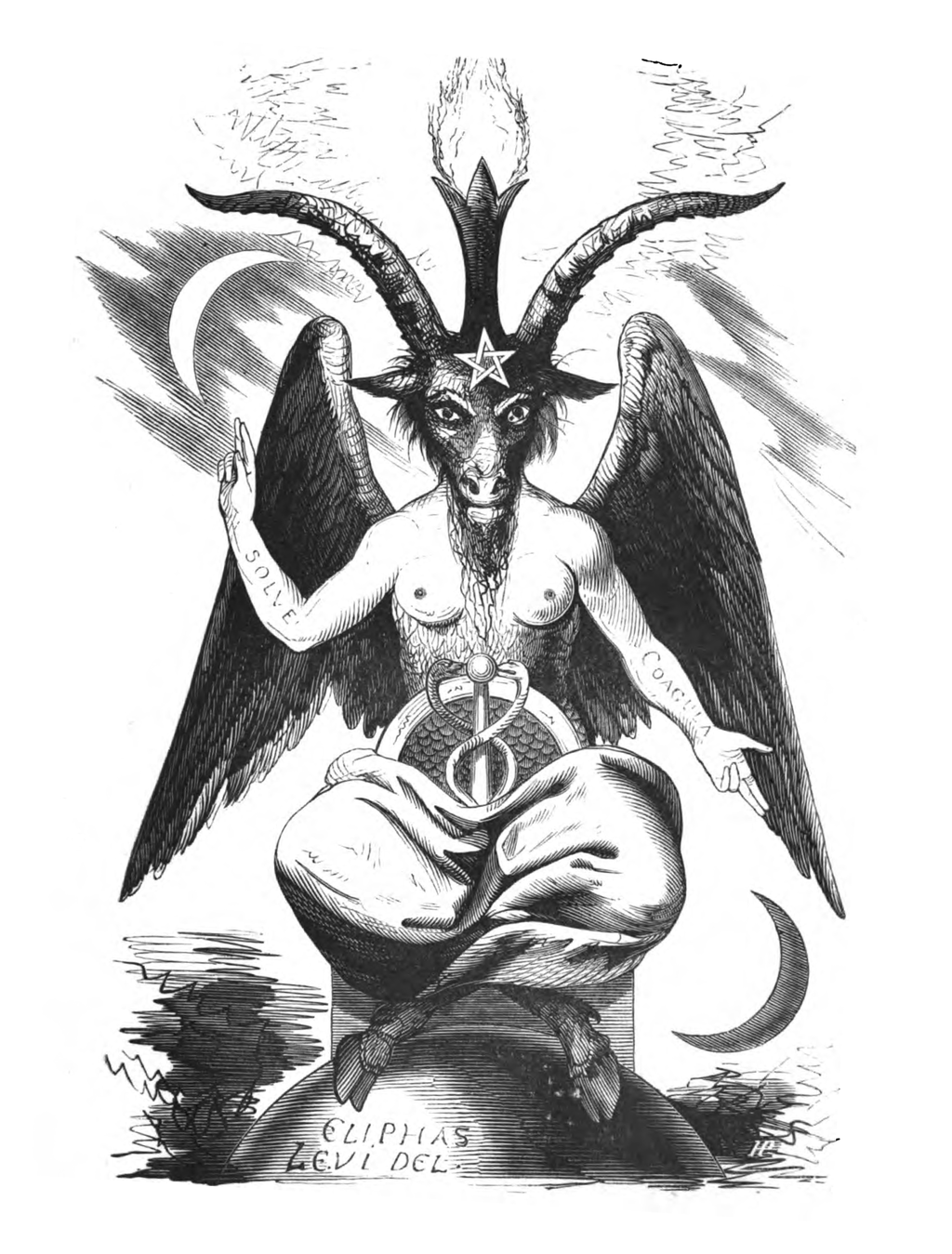 Levi’s Baphomet presents an image containing a number of contrasts: symmetry/anti-symmetry, light/dark, black/white, male/female, and up/down. The history of the word/name Baphomet begins almost 1000 years ago in a letter written in July, 1098 by the crusader Anselm of Ribemont:

As the next day dawned, they called loudly upon Baphometh; and we prayed silently in our hearts to God, then we attacked and forced all of them outside the city walls.

It is believed that Baphometh was a Old French spelling of the Islamic prophet Muhammad. The name appeared circa 1195 and circa 1250. Ramon Llull‘s earliest known work , the Libre de la doctrine pueril, has a chapter (in an Occitan translation) entitled De Bafomet.